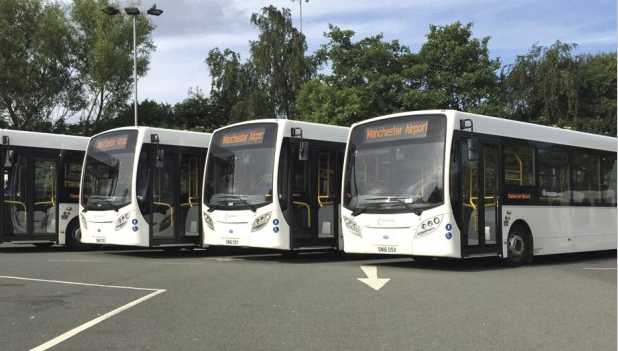 To cope with increased passenger numbers , Manchester Airport has taken four ADL Enviro200s. The 10.8m buses have Cummins ISBe four-cylinder Euro5 engines with Allison S2100 transmissions and a passenger capacity of 60. They were modified to include extra racking for luggage and additional CCTV cameras.

Airport Transport Manager, Andy Willis, said, ‘Such has been the increase in passenger numbers that we needed vehicles fast. Thanks to the teamwork between ADL and their lease and rental partners at Mistral, we were able to conclude arrangements and have the new buses operating in a period of just five weeks. With around 15 ADL buses already operating in our airport fleet, we were always confident in the product but I cannot emphasis enough how delighted I have been with the rapid response from ADL and Mistral. They have done an outstanding job.’

The buses were supplied through a joint approach of Alexander Dennis Ltd (ADL) and Mistral Bus and Coach Rentals.