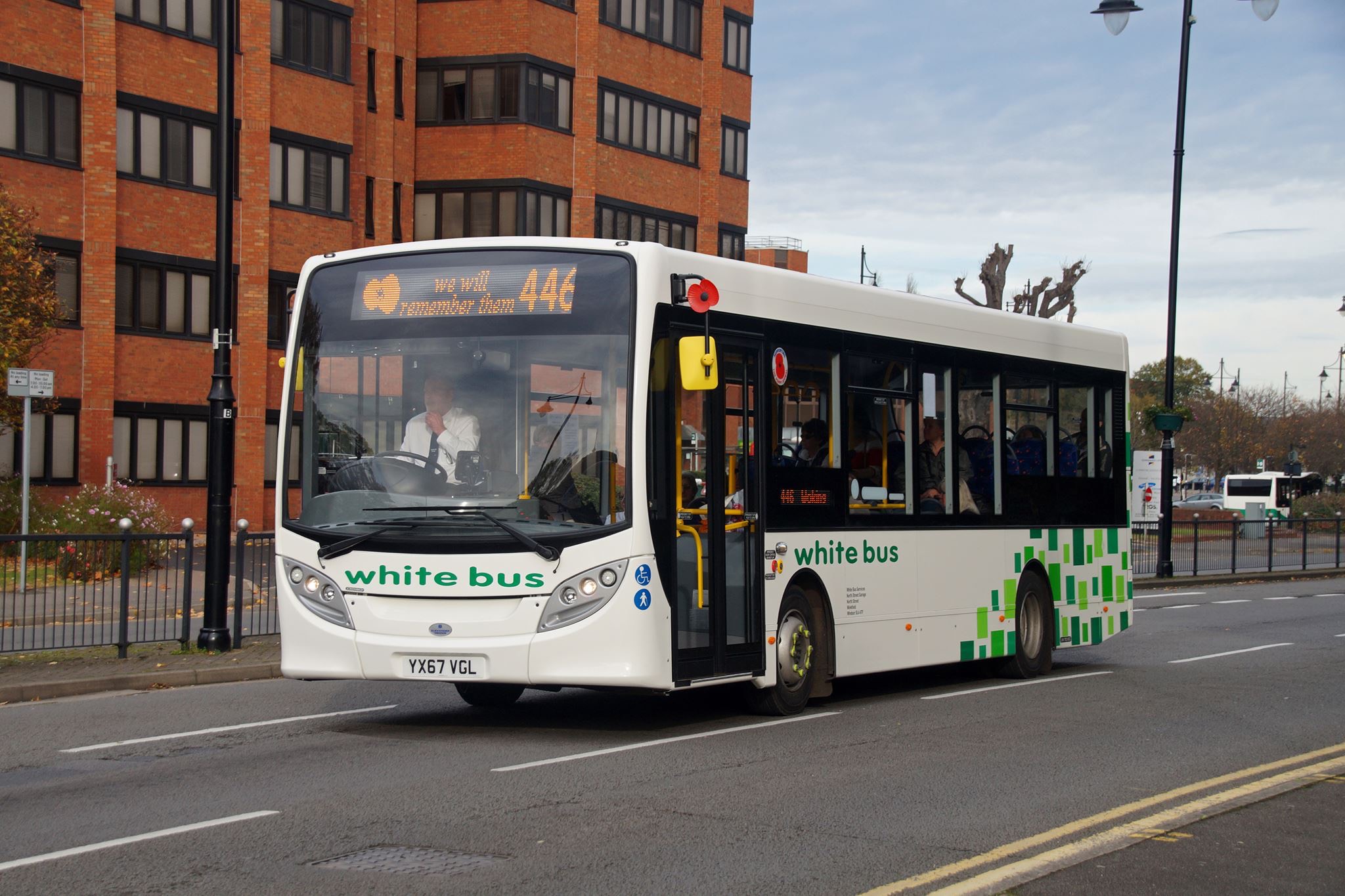 Mistral Bus & Coach have supplied four new E200’s to White Bus Services, including three 9.6m and one 8.9m. The vehicles have been successfully operating on routes previously serviced by Abelio in Berkshire and Surrey.

One year ago, White Bus Services was taken over by Simon Rowland and the Fernhill Travel owners, Richard and Andrew Holgate, to form Rowgate Group Ltd. Since the takeover the business has stepped into the 21st century, adopting several new technologies to create significant improvements and efficiencies in all areas of the business. These include vehicle tracking, website updates, refurbished office space and new buses and coaches.

Passengers have been responding well to White Bus Services is taking a more professional approach, epitomised by new staff uniforms and new E200’s. The changes brought in by the ownership have had an extremely positive effect on fares taking, with a 35% increase, as well as overwhelmingly positive feedback from customers.

To honor remembrance Sunday, each new E200 displayed relevant messages on the destination board and the staff wore poppies. A great way to introduce the new vehicles to the community and more importantly to mark such a special occasion.

As Alexander Dennis was still building the vehicles when the contracts began, Mistral supplied four temporary E200’s as a stop gap. This is a great example of how Mistral Bus and Coach can supply several vehicles at short notice.

“It has been a pleasure working with such proactive management and refreshing to see an independent operator thriving in a tough market. We hope to carry on supporting White Bus Services for many years to come.” Freddie Fuller, RSM of Mistral Group.