New figures from the Department of Transport which reveal country roads as the UK’s deadliest for motorists can serve as a warning for bus drivers and operators to take extra care when servicing country routes.

Breaking too late on bends and swerving to void something on the road were the two most common risky practices admitted to by motorists, according to the department.

It demonstrates the risks faced by country bus operators and drivers every day and the need to exercise vigilance.

“Every injury and death on our roads is a tragedy and that is why the new THINK! country roads campaign is so important, ” said Roads Safety Minister Andrew Jones.

“We want the public to anticipate potential hazards on the road when driving in the countryside, to watch their speed and take care when approaching a bend.”

At least 348 of the fatalities occurred on a bend.

THINK! – the Department of Transport’s road safety arm – has launched a new campaign to reduce fatalities and serious injuries.

One of the case studies highlighted in the campaign is an accident involving a man named ‘Rob’ who had an horrific crash involving a coach in 2014, west of Taunton.

“He was on a small A road, driving at about 40mph on a road approaching a bend in the road. He has no memory of what happened after that but had hit a coach head on.

“The coach, which was travelling at about 20mph, was driven by a local farmer taking workers home. The passengers in the coach sustained a few minor injuries.

“Rob may have gone over the line on to the other side of the road, he just doesn’t know.”

His car was destroyed and he had to be cut out before being air-lifted to Southmead hospital in Bristol where he spent four weeks recovering.

He said: “I’m concerned that so many people take the racing line on bends.

“It’s one thing to do that in a racetrack environment but quite another to do it with no knowledge of what is around the corner. Take more care, anticipate hazards, stay in control and give yourself more time to react by braking before the bend, not on it.” 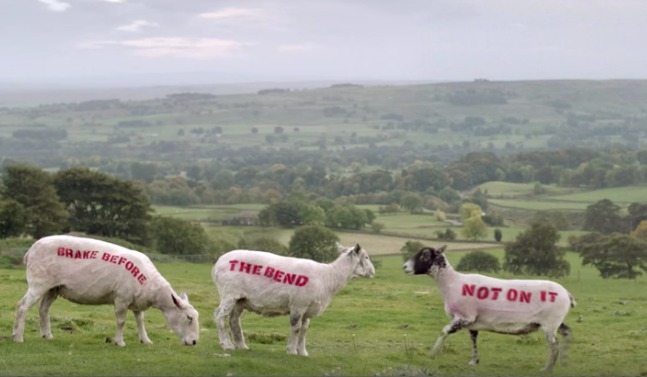