Bus Services Bill: Does it really mean doom and gloom for the industry?

The Queen’s Speech has given the industry some much-needed direction and foresight regarding regulation of the bus industry.

Legislation to facilitate the use of autonomous and electric vehicles will be introduced.

Steve Low, Chief Operating Officer for Mistral Bus and Coach, said he gained valuable insight into how these new structures could work when he attended the recent Association of Local Bus Company Managers (ALBUM) Conference, hosted in the Isle of Man by Isle of Man Transport and attended by Mistral Group representatives.

“The big issue in our industry is the Bus Services Bill,” he said.

“This is so important as it introduces the concept of some form of re-regulation for the industry, which given that it’s being introduced by a Conservative right-wing, free-market government is quite radical.

“The perceived danger is that the Bill will give Local Authorities the ability to take control over public transport to the extent that they could, in theory, sequestrate assets and routes from commercial businesses and re-tender them to the mass market – or run them themselves – under a franchising agreement.

“Clearly, if you’re Stagecoach and have spent millions building up your business in Manchester over the last 20 years, this is not good news.

“Incidentally, Manchester is right at the front of this as it’s tied into the move towards an elected mayor and the ‘Northern Powerhouse’ concept that was introduced by the Chancellor. 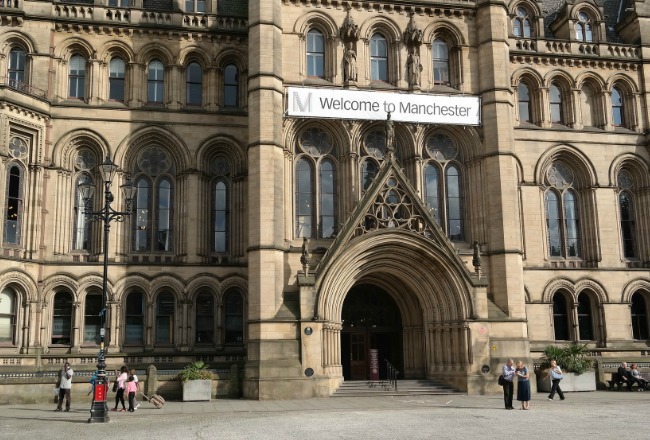 “Two speakers in particular stood out at the event, both of whom painted a realistic picture of how ‘franchising’ was not all bad, and how they worked in this environment in other areas of the world and continued to have profitable, stable businesses – in essence, that it was just another business model that wasn’t quite as liberalised as our current UK model.

“The first speaker of interest was Mark Savelli, who is ex-UK transport industry with First Group, but now acts as a transport consultant for KMG who are one of the large operators in Hong Kong, where there is a franchised model.

“His key message was that a franchised system can work, but it is essential that within that regime, ‘space’ is created by the controlling authority to give entrepreneurial freedom i.e. the ability to innovate and seek to grow passenger numbers and hence revenue.

“Hong Kong has managed this and they have one of the world’s most successful transport systems.

“David Martin also spoke who is the recently retired CEO of Arriva plc.

“Again he was able to describe how Arriva benefitted from working under various types of franchising or tendered business models around Europe and how they effectively tailor their approach to continue to make good returns for shareholders.

“He pointed to Holland where the public transport systems are seen as an integral part of the social structure and are funded accordingly.

“Rather than seeing the bus, tram, bike, pedestrian as distinct entities, they see them as constituent parts of a multi-modal journey.

“Increasingly in these developed transport environments, the franchise doesn’t just include the bus or the train; but both together to ensure the connectivity.

“Of course, the uncertainty of a change in the governing landscape is concerning, however the message that I took away was that with the right structures and funding in place, it can actually be a positive environment to grow your business.”

ALBUM was formed on October 8, 1984 at a time when the reorganisation and deregulation of the bus industry was under political consideration.

The intention was to allow those professionals in the bus industry to offer a personal opinion on relevant matters without being constrained by the political views of their employing authorities.

Contact Mistral today to find your ideal new or used bus or to arrange finance.