On display in the latest figures by SMMT is 2015’s sharp increase in bus and coach registrations, writes busandcoach.com.

“The rise of Wrightbus has been one of the significant changes in recent years to the registration league table published by SMMT. The Ballymena-based manufacturer has transformed itself from its former history as a bodybuilder to become a complete vehicle supplier, winning significant ground with its New Routemaster and StreetLite products. 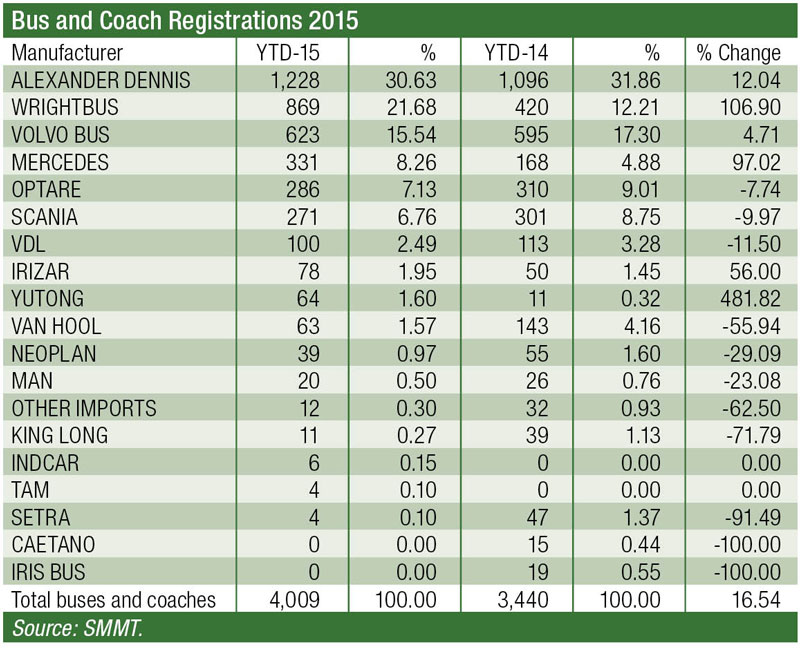