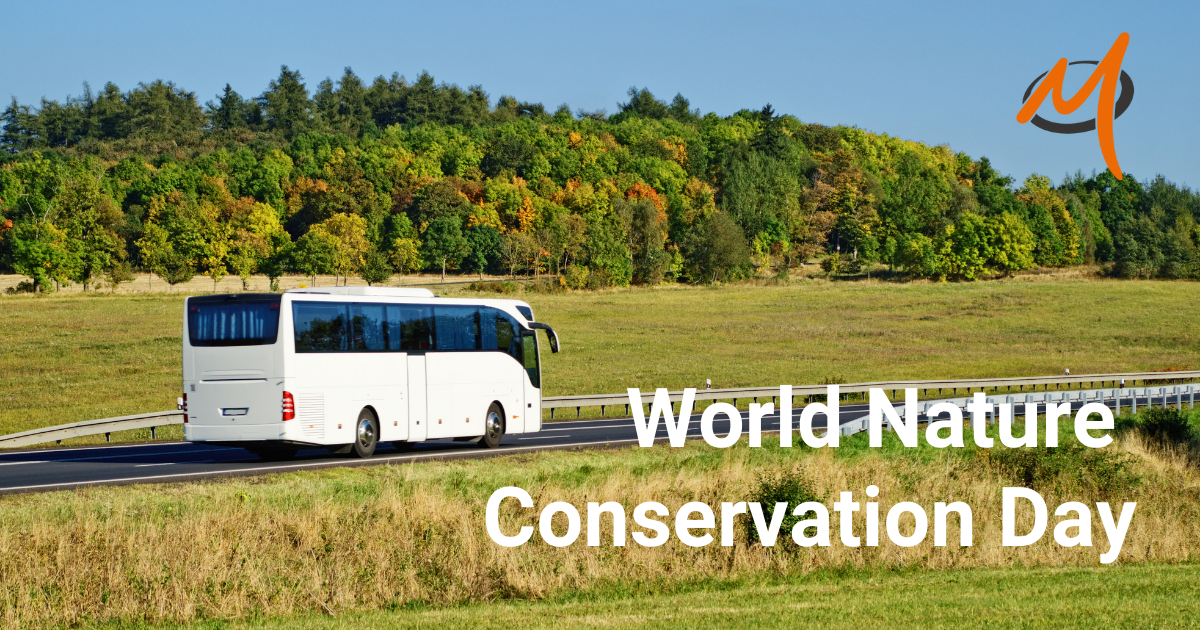 The 28th July is World Nature Conservation Day; a day for raising awareness of our responsibility to care for and protect our environment for future generations.

As human beings, it’s our responsibility to ensure we conserve the environment around us so that it continues to thrive for future generations to come. This is why we encourage everyone to travel by bus and coach where possible. In doing so, you are reducing your carbon footprint by producing fewer emissions and therefore contributing to the clean-up of our environment. Mistral Group are committed to ensuring the necessary changes are made in our nation’s effort to cut emissions and encouraging the public to be mindful when choosing transport methods.

Reasons Bus & Coach can help you contribute to a better environment:

The UK economy pays out a sum of at least £11 billion every year due to congestion charges. If all UK residents chose to travel by bus rather than car for just one journey per month, this would result in one billion fewer car journeys annually. A fleet of multiple single-occupancy vehicles consumes a huge amount of energy in comparison to a bus carrying several passengers.

Furthermore, less congestion on our roads means vehicles can travel at higher average speeds, allowing engines to function more efficiently and thus reducing emissions. CO2 emissions could be reduced by 2 million tonnes annually if everyone switched one car journey per month for bus travel.